We will no longer be using division emails to advise Mante members of any upcoming news, events, or any other mass emailing. We strongly suggest you utilize the Mante webpage for any/all updates.

Thank you to all the members who attended the AGM.

It was so nice to see real faces instead of avatars on a screen.

Jen is an EAC at John Taylor. She has worked in the division for 14 years.

She was an EA rep before taking on the new role as VP.

Kerry is the Head Admin Assistant at Stevenson School.

She has worked in a clerical capacity for 16 years.

There is now an opening for an EA Rep on the executive with Jen moving to the VP position.

If you would like to join the executive as an advocate/voice for the EA members,

The results of the three items voted on are:

The date will be set in the new year.

Thanks once again to all who attended. If you have any questions about this information, please email me at mante@mante.ca

Thank you on behalf of the

EAD-Ed. Asst Day: These are the inservice days you do not work . The number of days change year to year.

You should have submitted them to your supervisor by Sept 9 2022.

New employees should select, submit and enter their respective days as soon as possible.

You need to enter them as absences in the Atrieve system as well and should be entered as soon as possible.

Spd 1: This code is used if you are attending a school initiated PD session where the school  is paying for your sub costs if they are required.

Spd 2 :This code is used if you are attending a school initiated PD session where no sub is required

Spd 4: This code is used when you are attending a PD session and the MANTE PD fund has paid for the  session.

This is the most frequent absence code MANTE staff would be using when attending PD sessions.

The Feb 3 2023 inservice day is no longer a mandatory EA PD Day.

It is now available to be one of the three days EAs do not have to work.

The MANTE executive looks forward to supporting and working for you in the upcoming school year.

If you have any questions or concerns, please contact either your representative or me at any time.

Have a great year. 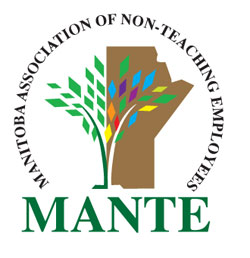 The Manitoba Association of Non-Teaching Employees (MANTE) was certified as the bargaining unit for all clerical employees of the St. James-Assiniboia School Division #2 on November 23, 1977.

We are currently an organization of approximately 400 members. At the school level we represent Educational Assistants, Program Assistants,  Library Technicians, Interpreter Tutors, Secretarial Staff, Computerized Notetakers and Behavior Intervention Specialists. At the Board Office and Maintenance we represent non-management Secretarial Staff including payroll, accounts payable/receivable and reception.

Comments Off on MANTE